It has been estimated that over 2 Million people have expatriated from the UK over the past decade, and now about 300,000 US Citizens are leaving the US yearly as well (and it is estimated there are already about 8 Million US citizens living abroad). Why are the best and brightest leaving North America and Europe? Where are they going? Is this a new trend or an extention of an old one? What will be the long-term result of such mass Expatriation?

Indeed, as the poor and jobless from other countries still seek to enter the US or the EU, it would seem that the middle-class from those very same so-called wealthy industrialized nations are heading in the other direction, or we can say, possibly trading places with the people coming from Latin America, Asia, Eastern Europe, etc.

About 10 years ago, a man by the name of Roger Gallo wrote a book titled – Escape From America. Roger, thinking that he locked onto something new and visionary, went to all the major US publishers to see if they would be interested to print and distribute his book. They were not, but that did not stop him. They probably thought – Who is this lunatic? Escape from America – Who would want to escape from America? The answer is a large number of people, in fact more than you could ever imagine. So, the first question you might ask yourself is who is doing such a thing and why? Who is participating in this great exodus from the high tax welfare state countries and where are they going? Where could possibly be better?

First and foremost, when you hear the term expatriate, offshore banking, tax exile, offshore trusts and a number of other things – what comes to mind? Probably what you have been lead to believe by the much of mainstream media and rumors as well. Which is to say, you probably think all of these subjects involve very wealthy people trying to avoid or escape taxes. Or you may think, such things involve criminals, drug dealers, and those that are doing something illegal. Go on, admit it – that is what you were told or taught to believe. However, the truth is quite different.

Let us start then with this first topic right from the start – taxes. It is true that someone might be able to reduce or eliminate income, inheritance and other kinds of taxes by living in another country? Yes, but that is only a small part of the larger puzzle. Meaning, there any many, many other issues and motivations, which we will explore shortly. Taxes might be the stated motivation for some, but taxes alone are not always enough to push someone to relocate. And not only the idea of relocation to another state or province – but, rather relocate to another country, with possibly a different language or culture.

To be sure however, taxes are a very visible and important issue. If you think about it, of all the expenses or deductions you have against your income (rent, mortgage payment, car payment, etc.) income and social welfare tax (FICA or social security for Americans) is the single largest deduction from your income. What if you could reduce it or even eliminate it? How much more disposable income would you have to live on? It is curious to note that under rule by monarchs in Europe prior to 1917, the average tax rate was less than 10 percent. When the income tax was first introduced in 1913 in the United States, the rate was 7 percent. So, what happened? How is it possible that some governments can provide the services that they are mandated to provide with taking so little, while others claim they need to take 50 percent or more? Part of the answer has to do with the great welfare state experiment put into place after 1930, and part of the answer has to do with the nature of public officials in a democracy as well. Which is to say, regarding the latter, the nature of politicians in a democracy is to spend other peoples money without any repercussion. Citizens of a democracy are lead to believe they have a voice or some control in that they can vote out a politician at the next election, but the reality is the politician (once in office) can run amok unchecked. The financial damage is done, left to the next group coming in to clean up or the taxpayer to pay for later on. If you take a look at government spending in the so-called wealthy, industrialized social welfare governments of the twentieth century, you will find ever-increasing expenditures over the years (as a percentage of the nations gross national product) and ever increasing government deficits (debt, which the taxpayers some day must pay for). You cannot live on borrowed money forever and you cannot continue to take money away from the productive citizens of society and simply give it away to someone else (presumably much less productive) without a price to pay (socially and economically).

Many middle class people in these highly taxed welfare state democracies already are paying a hefty price – in terms of the ability to maintain the same middle class quality of life their parents were able to do before. One very blatant example of this is the fact that a two-income household is required today (in the so-called modern industrialized nations) in order to provide the same lifestyle that only one income could provide forty years ago. One of the reasons for this is that real wages have been stagnant, and in some cases have declined, over the past forty years, where as inflation has consistently eroded the purchasing power of money over time (and salaries have not gone up in tandem). Why? One culprit that has accelerated the devaluation of money has been the removal of the gold standard after 1970, and the resultant true inflation of the money supply (devaluation of the US Dollar), which has not been correctly stated or reported in the selected government inflation figures. Another reason is the inequality in taxation rates, whereby the middle class have borne the largest burden, both for income taxes and payroll taxes (contributions to social security and other welfare schemes).

It sounds incredible, but it happens to be true. Meaning, many people think or have been told that expatriates or tax exiles are all very wealthy people who might be interested in leaving for greener pastures. Greener pastures? They have it pretty good right where they are. For example, in the case of the US, did you know that the super wealthy earn most of their accumulated wealth from capital gains and not salaried income? This means they (the very, very wealthy) pay only 15 percent marginal tax rates on this kind of earnings, where as most middle class citizens who rely on salaried income principally might pay about 45 percent on more on combined federal, state and payroll (social security) as a marginal tax rate (often enough, much higher). In Europe, the situation is in fact even worse.

This might all sound like some sort of left wing rhetoric designed to complain about the rich versus poor, but it is not meant to be. It is however meant to clearly highlight that it is indeed the middle class that have been hurt the most over the last forty years and WHY this is the economic group that needs to do something in order to survive. The super wealthy in fact, do have an average lower tax burden (as a percentage of earnings or income), and the poor pay almost nothing (or certainly much less than the middle class) and do get a tremendous amount of free benefits as well. So now you know. The people that are leaving the US and other so-called wealthy industrialized nations are the middle class, and small business owners rather than the mega wealthy. Also, it is not about taxes directly. Which is to say, higher and higher tax rates is one of the symptoms and not the actual disease. The disease is the wasteful government expenditures, outrageous accumulated debt, and bankrupt social welfare programs, which need to be funded somehow. The disease is also the reduced quality of life, reduction in true freedom and social ills that have come about from many of the policies and agendas put into place over the last half-century.

So, the questions remain – When will it end? How much more can the populace be squeezed to pay for it all? Are things being managed responsibly or will it get even worse? Is it too late? While it can often be difficult to predict the future, certainly one can surmise what the potential future direction might be – and for many, it does not look encouraging. In other words, a large ship in motion (even after the engine has been turned off) will continue to drift for some time in the direction it is pointed. You may not know exactly where it will end up, but based on the direction it is going in, you have a pretty good idea, more or less. This is the overall concern for many middle class people living in such environments and why for many, the goal is self-preservation

I hope you liek as I did

I found this story at http://www.ascotadvisory.com/Exodus.html 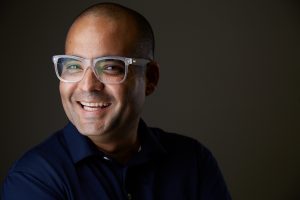